We’ve all been there, switching on your computer, and then going off to make a cuppa whilst it boots into Windows.  Then another arduous wait for any application to open, whether it is a mail client, or a web browser!  The good news is there is a way to speed it up, which is more cost effective than buying a new computer!

Older computers running Windows 10 generally have 4GB RAM installed as standard. Due to the evolution of Windows 10 since it’s release this has resulted in RAM usage increasing to 70%+ with just Windows 10 running, and no applications open. We recommend at least 8GB RAM to run Windows 10, which decreases the RAM usage to around 35% with only Windows 10 running and nothing else. You could even upgrade to beyond 8GB if your computer is capable.

Traditional hard drives are mechanical and have moving parts called platters which store data, and read/write heads which access the data. SSD drives however, use memory chips, making stored data instantly accessible, and increasing read/write speeds, making the boot speed faster, as well as the opening of applications.

If you are interested in finding out if your computer, whether it is a desktop or laptop, can be upgraded then get in touch.

This site uses Akismet to reduce spam. Learn how your comment data is processed.

Are you considering buying a new printer, but don’t know what to do with your old one?

If you purchase an Epson Printer from us, we will dispose of your old printer free of charge, regardless of the make or model!

Check Our Range of Tech Stuff! 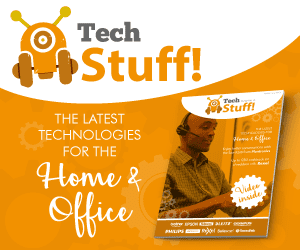 Back to top
Manage Cookie Consent
To provide the best experiences, we use technologies like cookies to store and/or access device information. Consenting to these technologies will allow us to process data such as browsing behaviour or unique IDs on this site. Not consenting or withdrawing consent, may adversely affect certain features and functions.
Manage options Manage services Manage vendors Read more about these purposes
View preferences
{title} {title} {title}